Three people were in custody and a fourth suspect exchanged gunfire with authorities in a parking garage at El Centro Community College into the morning, Dallas Police Chief David Brown said, around 2:45 a.m. 3:45 ET. Earlier, he had told police negotiators that the end is coming and that there are bombs all over the place in this garage and downtown, Brown said.

It was the deadliest day for law enforcement since 9/11 President Barack Obama, who was in Poland for a NATO meeting, condemned the vicious, callous and despicable attack. 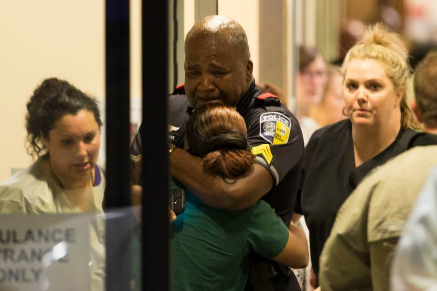 I believe I speak for every single American when I say that we are horrified over these events and that we stand united with the people and the police department in Dallas, the president said.

In what Brown described as an ambush-style shooting, at least two snipers fired from an elevated positions on police officers minutes before 9 p.m. local time 10 p.m. ET.

We believe that these suspects were positioning themselves in a way to triangulate on these officers from two different perches in garages in the downtown area, and planned to injure and kill as many law enforcement officers as they could, he told a news conference noting that some victims were shot in the back. 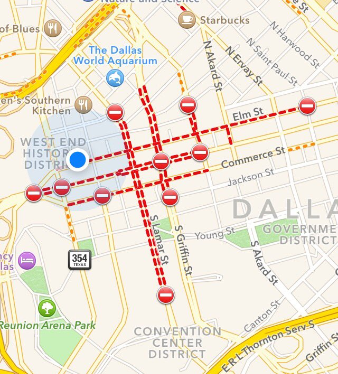 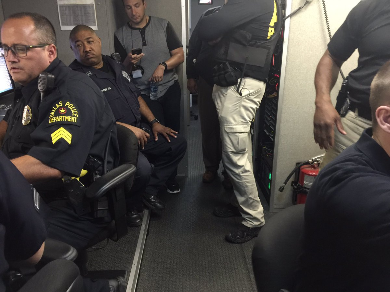 He said the suspects in custody were being pretty tight lipped but their motives were clear. It's simple they wanted to kill police officers and sadly they did.

Four of the five slain officers were Dallas police, and the fifth was a Dallas Area Rapid Transit officer. A civilian was also wounded, authorities said.

Around 800 people were at the demonstration, and around 100 police officers were assigned to the event and the surrounding area. The shooting occurred after the demonstration ended and as a march was taking place.

Our worst nightmare happened, Rawlings said earlier. It is a heartbreaking moment for the city of Dallas.

Police distributed a photo of a man they called a person of interest. The person in that photo turned himself in, police said, and was later released. It does not appear he was part of the four suspects later mentioned by Brown.